The Body in the Bed by Jerold Last 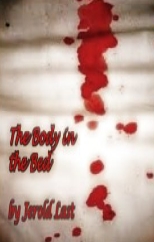 This is another Roger and Suzanne mystery novella. In this story they are invited to a gala dinner for the promotion of a policeman friend of theirs. They jet off to Uruguay, this time without Bruce the nanny and Robert their son. They are thrown straight in at the deep end, when they find a dead body in their hotel room. It will take all of their deducting skills to solve the mystery and clear their own names.

I have read many of these mysteries now, and they keep getting better. This was no exception. The formula was a familiar one and it felt like hooking up with old friends. Although this is part of a series, it is not necessary to read the others to know what is going on. With corruption in the police force and unrest in Iran adding to the main bulk of the story, I really enjoyed this. I am eagerly awaiting the next Roger and Suzanne full length novel!
Posted by Unknown at 10:56 4 comments: 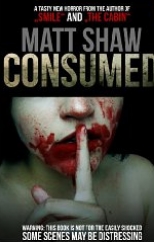 This is the story of 6 friends, all eager to go on a camping weekend in a clapped out VW camper. Owing to one of them giving bad directions to the camp site, they soon end up in the middle of nowhere with no petrol. Then help comes in the form of a tow truck that suddenly appears on the deserted road. Help they would soon come to wish they had never accepted.....

This is an absolute treat for fans of truly old style slasher horrors. I loved every minute of each gore soaked page. This is definitely not for the faint hearted but if you are a fan of blood and guts, and lots of it, then this is the book for you. The tension was built up slowly, and then about halfway through the book it was ramped up to fever pitch. This is another belter from the pen of Matt Shaw!
Posted by Unknown at 10:59 No comments: 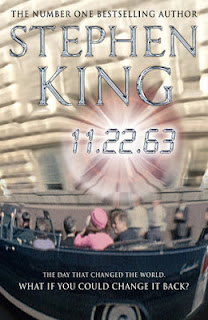 This is the story of Jake. He is shown a 'hole' in time by a friend of his and is given the opportunity to change history. He decides it would be a good idea to interrupt the assassination of Kennedy. What then follows are his attempts to do just that. Along the way he falls in love, and this complicates his mission somewhat. The burning question is, will he succeed in his mission and will true love run smooth? Only Jake knows the answers and he is keen to find out!

I don't usually do reviews of 'legacy' published authors as I feel reviews are more important to 'indie' authors. However, I was so moved by this book I had to write a review. I won't lie, it is an epic tome and it took me MONTHS to read, but to be fair I was doing other reviews at the same time. To anyone who has become disillusioned with Stephen King's work of late, I urge you to try this. It isn't scary, and I would say more sci-fi with the time travel element to it. The love story running through adds a touch of bitter-sweetness. The characters were real and well defined and I like the fact that characters from previous books were revisited, albeit briefly. It makes Stephen King's literary world seem that much more real. To anyone not sure I say give it a go, you wont be sorry. It does start off slow, but then many of King's books do that to get you invested in the characters. This is the sort of work that made Stephen King great. Long may it continue!
Posted by Unknown at 10:58 No comments: 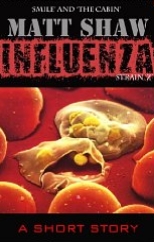 This is the story of Adam, he is taken ill suddenly and after that his life will never be the same again. The illness takes hold with frightening speed and his family and girlfriend realise he isn't just faking it for a sick day, and fear for his life.

This was influenced by the authors recent run in with a bout of man flu. it was funny, and sad and quite dark in places. It is only a short story so a quick read but the descriptions and writing make you feel like you are suffering along with Adam. Sometimes I wonder what goes on the author's head to keep producing writing like this, but it works and is thoroughly enjoyable for that.
Posted by Unknown at 10:26 No comments:

The Cabin:Asylum by Matt Shaw 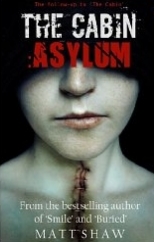 This is the second story involving Craig and his family. Set immediately after the events of Cabin, Craig is now at the Asylum having tests to see if he is fit to stand trial or not. Afraid for his life in a place where not everything is as it seems, Craig must solve the mystery of the screaming boy or his life will never be the same again...

This was a great follow up to The Cabin, and a must if you have read the first. The pace was relentless, and the atmosphere creepy in a place where everything is topsy turvy. It was very genuinely scary in places and had my heart racing as I tried to work out what was going on and what was real or not. I really enjoyed this, and the twist at the end came like a sledgehammer and could only have come from the mind of Matt Shaw!!