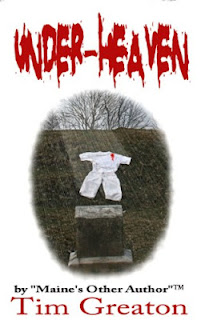 This is almost two stories in one but they do converge at the end in an astounding way. On one hand we have Nate (9years old), newly dead - murdered in fact, living out his death in Under-heaven (a sort of pre-heaven where souls come to terms with their death). Then we have Jesse (5 years old), very much alive, but gets caught up in his dads and things don't go so well for him.

This was very much a poignant story. It started off slowly but I think that was essential as the two tales were being told simultaneously. It certainly picked up after about 15% and ran away with itself! Nate's story was one of indecision. He didn't know how to resolve the fact that he had been murdered. After many years, with the help of various relatives (as angels) he makes a momentous decision.

Jesse's story is profoundly sad, he loves his dad with a passion but sadly his dad is a terminal screw up and just keeps letting Jesse down. Where does this leave him? At first it was hard to see what each story had to do with each other but then -bang- it hits you between the eyes. The merging was very cleverly  done and when I came to the dramatic end I was in tears.

I totally recommend this book. Under Heaven is a moving and well written story.
Posted by Unknown at 11:20 3 comments: 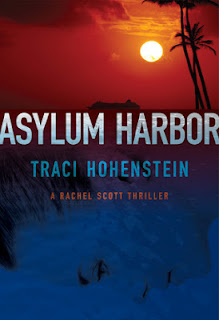 This is the story of Rachel Scott. Her daughter went missing five years ago and she has been searching for her ever since. On meeting other parents whose children have also gone missing, she decides to sell up her Real Estate firm and set up Florida Omni Search. This is an organisation dedicated to searching for missing children. In this novel Rachel is personally asked by the Governor of Florida to search for his daughter. She has gone missing while on a cruise liner with two of her girlfriends. Thus begins a frantic search to find her before it's too late. With so little information to go on, can they find her?

I enjoyed this, it was a nice easy read, nothing complicated about it. Having read another Rachel Scott novel by the same author - Burn Out - I knew what to expect. I was not let down. The pace started slowly as we were introduced to the various characters but as the search for Amber began in earnest the book took off and left me panting! Amber shone as the victim and Rachel's determintion and drive to find her was admirable. She will stop at nothing to find her own daughter and it is this motivation she uses to find others.

A great book with a great ending. Give it a go - you will love it.
Posted by Unknown at 18:54 No comments: 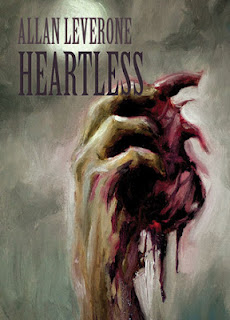 This is the story of Gary, a very suspect type of character who kidnaps two young girls with the idea of commiting nefarious things with them. But these two young girls are not what they first appear to be. Over the course of one night Gary is going to find out that he may have bitten off more than he can chew.

Again the author did not disappoint with this novella. This was perhaps a bit more sinister than previous books but still a fantastic read that pulls no punches and packs a lot into a little space. I read it in two sittings because I simply could not put it down. Gary was a totally odious character, and I found myself hoping he would get his comeuppance. There was simply nothing to like about him at all! Janelle and Audrey were totally believable as the helpless victims - but with a huge secret. When the secret was revealed it hit me for a loop as I did not see it coming!

Lovers of Allan's books or dark horror will love this. Even if you have never read any of Allan's books, give this one a go. It's a novella so a nice quick read - you won't be able to put it down, I promise!
Posted by Unknown at 18:13 1 comment: 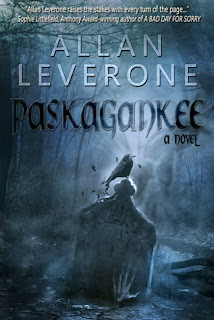 This is the story of a small town rocked by the most unimaginable horror. Mike McMahon has left his job as a Policeman in Revere, Massachusetts after a tragedy knocked him for six. He takes up the position as Police Chief in Paskagankee, Maine hoping to get his life back on track. In his first few days as Chief the town is rocked by two horrific murders. Along with rookie cop, Sharon Dupont and ridiculed Professor Kenneth Dye, they must come together to solve the mystery and save the town from a vengeful entity bent on revenge.

I started this with a feeling of great excitement and expectation as I have read this authors work before and have come to enjoy his way of storytelling. I was not disappointed.From a fairly quiet beginning everything suddenly exploded and I was taken on the mother of all rides. The pace was fast and and unrelenting and the storytelling slick and to the point. The story mixed thriller with outright horror and some scenes were quite graphic. Mike McMahon shines as the slightly battered chief going from one nightmare seemingly into another. I loved the way the author seemed to take me in one direction at the beginning only to throw a curveball about half way through that I never saw coming. The authors use of Native American legends was also a good point of interest.

I totally recommend this and I cannot wait until the next one in the series.
Posted by Unknown at 07:28 2 comments:

Cage of Bones and Other Deadly Obsessions by John Everson 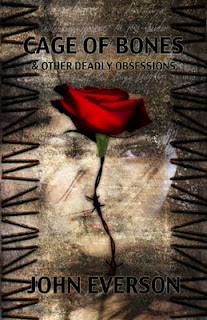 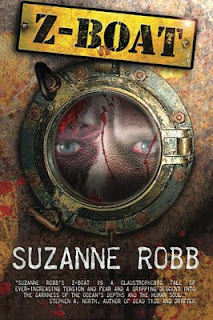 This is the story of a world set in the future. Water is seriously contaminated and food heavily genetically modified. An intrepid submarine crew are tasked to go on a search and rescue in an uncharted region. They are assigned five new crew members to help them in this task. There is hostility on both sides and neither crew trust each other. Soon it becomes obvious that the trip is doomed and everyone has their own hidden agenda....

Set in a submarine that spends most of the novel underwater, the claustrophobia and paranoia were very evident and tangible. It was a zombie novel essentially but the zombie action didn't come in until very nearly the end. The first three quarters of the book were getting to know the characters and their various agendas. I loved the dynamics of the two crews open hostility towards each  other, until the end when they had no choice but work together towards a common goal. The action was slow paced to begin with but that was alright because it gave me time to sort out the characters and who was who before it then took off, and boy did it take off! The last quarter of the book was relentless and left me gasping at the explosive ending. I recommend this for zombie lovers and non lovers alike as the zombies are somewhat secondary to the rest of the story.

I really enjoyed Z Boat, this is a highly Recommended novel!
Posted by Unknown at 11:57 2 comments: