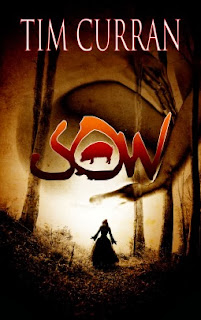 This is the story of Richard. his wife is pregnant with their first child and life couldn't be any better. Suddenly Richard notices subtle changes in his wife, she is reading books on witches, and her appearance even seems to be changing, turning her into an old hag. Surely he must be imagining it? Now Richard and Holly's lives are about to change forever as she prepares to give birth to something horrific, that will unleash hell on earth...

I loved this, and had enormous fun reading it. From the first page I was hooked and drawn into Richard's paranoia. Tightly wound and carefully played out, this was an example of a great psychological horror novella. There was a little gore, the author more interested on focussing on Richard's quiet descent into madness as his wife changed before his eyes. This kept me on the edge of my seat until the end, and I recommend it for people who like their horror psychological.
Posted by Unknown at 13:25 2 comments: 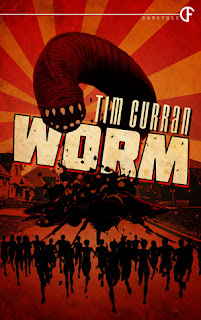 Pine Street has a problem. After what felt like battering the street, black ooze is now running in the streets. Inside houses toilets are exploding, and drains are gushing forth with the same ooze. Soon the householders will realise though, that the ooze is the least of their problems....


This was terrific fun. Just the right amount of tension and schlocky horror made for a brilliantly written novella. I could imagine this as an old school 80's badly acted horror film - it was that good. The switching of characters between chapters was an interesting idea, as it gave me a chance to 'check in' on them and see what was happening next with each person. The pace was good, I read this mostly in one sitting. If you like overexaggerated fun B-movie style horror, then this will appeal on all levels.
Posted by Unknown at 14:14 4 comments: 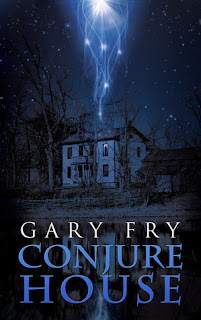 This is the story of Anthony. When he was younger his brother Simon was kidnapped in a mysterious house called the Conjurer's House. Legend has it that the former owner, Peter Sumas, known as the Conjurer, kidnapped children over a hundred years previously to do horrific experiments on them in an attempt to bend time and space. Many years later and Anthony's parents are murdered and strange things are going on in the village of Deepvale. Now Anthony's son has been kidnapped and it is up to Anthony and his three school friends to face the evil they couldn't confront all those years ago when Simon was kidnapped.

This was one of those 'look over your shoulder' old school type horror stories. Things are seen out of the corner of your eyes, and this is the theme throughout the bulk of the story. Little things are given away but not too much all in one go. The paced flowed well and I was glued to the page eager to find out what was happening. The characters were strong and I felt for Anthony, losing so many members of his family. (How much bad luck can be heaped on one poor chap?) I have always loved haunted house stories and this one was no exception, with the added interest of the idea of the 'God's-eye view' which I knew nothing about before I picked up the book. All in all a good story from a new author to me, and I will be happy to read more from him.
Posted by Unknown at 16:13 No comments: 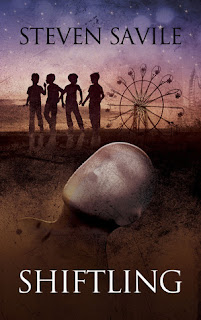 This is the story of four friends. The carnival is coming to town and they decide to do odd jobs around the village to raise money for tickets. All goes well until they get to 'Old Man Harrisons' house. Suddenly life will never be the same again. Secrets will be hidden and traumas laid bare. Many years later those secrets will be revealed and the truths may be more than anyone can handle.

This read as a rites of passage/coming of age book very much in the vein of IT or Stand by Me. I enjoyed those and I enjoyed this just as much. The twin storylines were a brilliant idea and the convergence at the end made everything make sense. The setting of 1985 was a good one for me as I was a teenager then so I could identify with much of the history of that time. I loved the choices of music at the carnival, some of my favourite bands were played! This is another 5 star release from DarkFuse, may they keep on coming!
Posted by Unknown at 10:43 No comments: 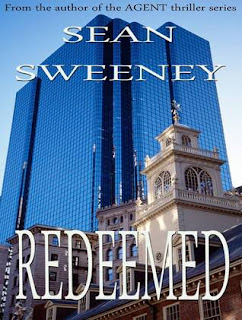 This is the story of Duane. Sent to prison for killing a cop in Boston by an unjust judicial system, he comes out 16 and a half years later to a world that will not tolerate his past. He finds himself in a church, and the pastor offers to help him. He changes his identity and moves to a new town. He slowly begins to build up the run down town and makes a promise to one of his workers who is dying, he agrees to raise her son as his own. Harrassed by one of the original arresting officers, they move away and spend the next ten years in peace until Rocco (the son) decides to go to college in Boston. They return to a Boston much changed since Duanes incarceration. With the town under anarchy rule, can they bring peace back to the city or is Boston doomed?

This was a fantastically well written book. I have read many of Sean's books, but not one like this. Here, we see a man totally failed by the justice system, yet he takes a lifeline handed to him and he changes his life totally. He built up a town from nothing and devoted his life to living in a Godly manner. It was a fast paced book, and there were never any 'dry' patches. The characters were solid and believable, and I was compelled to find out what happened to them. Some got spectacular comeuppances and some got.....well I shall leave that up to the reader to decide! Go out and buy this - you won't regret it!
Posted by Unknown at 10:08 No comments:

Messages from the Dead by Sandy DeLuca 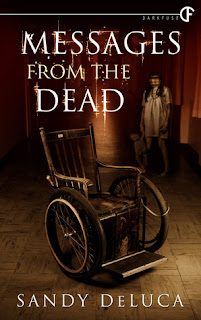 This is the story of Donna. She is sent to be raised by her grandmother after the murder of her mother and abandonment of her father. Lena is no ordinary grandma however, she holds séances and speaks to the dead, and soon Donna realises she has the same gifts. Fast forward a few years and Donna is now a troubled adult., unhappy in her marriage and searching for more to life. She enrols in an art course at Castell Community College. Castell used to be a children's hospital, and the dead are not resting easy. The have an agenda and they need Donna to realise their plans. Plans that will tear at the fabric of Donna's family and soul and send her to the brink of madness....

This started off nicely, setting the scene and giving hints on what was to come. Then like a rocket it took off. I had intended to read half of it and then go to sleep but I could not put it down. It was equally creepy and scary. Donna was solid as the lead, wondering what was going on and vulnerable in her descent into madness. It was a novella but a lot of action was packed into it and the pace kept going until the exciting end. This story made a pleasant change from the dark gore-fests I have been reading lately! If you like creepy ghost stories, then this is definitely for you.
Posted by Unknown at 11:17 2 comments: 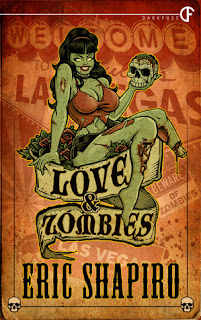 I really, really enjoyed this. I am the first to admit that I am not that fond of the zombie genre, as everything seems so samey. This however mad for a refreshing change. The zombies were present, but they were incidental to the story. The action was top notch, and there was the right mix of horror and humour. in fact at times I found myself laughing out loud, with my husband giving me funny looks beside me. All in all, this is a quick and funny read with some great horror elements.
Posted by Unknown at 14:33 No comments: 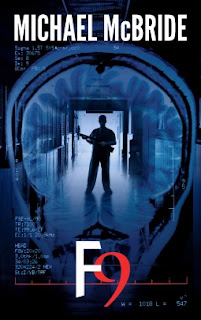 This is the story of Dr Ellis Harding. Present at a spree killing in a library as a student, he decides to change the course of his career and find out what makes mass murderers do what they do. Having spent his entire career on the subject, he finally gets the chance to 'unlock' the secrets in the comatose mind of patient F0. He may soon come to wish he hadn't however.....

This was a fantastic fast paced read that took me gently by the hand to begin with and then sat on me until the earth shattering end. I liked the link to historical events, they made the story have a ring of reality to it. The characters were solid, despite there only being three or four of them. It was a tense, taught thriller even though it was a quick read. I recommend this for people who like to immerse themselves quickly and come out gasping at the end.
Posted by Unknown at 10:46 No comments:

The New Flesh by Keith Deininger 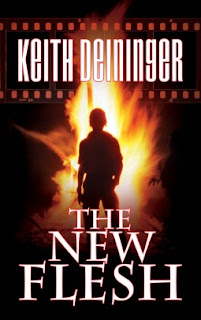 This is the story of Jake. He is an ordinary 4th grader, but he is haunted by the memories of a fire he started two years previously and also by a man he sees in his nightmares, a man known only as 'The Melting Man'. Unbeknownst to Jake, the Melting Man has another agenda, a far more horrifying one that will involve jake, his family and his friends. When his nightmares start to bleed into reality, that's when things get a bit strange and start to go horribly wrong for Jake...

I wasn't sure what to make of this to begin with, as it seemed to be taking me in a direction I was unwilling to go - but then it took another turn and I could not put the book down. This was another shortish read that had plenty packed into its short length. Some parts were brutal and some parts scary but the whole was a mind blowing horror that came together in a very interesting climax, that may or may not leave the door open for another. I do hope so as I feel Jake has more stories to tell!
Posted by Unknown at 11:20 No comments: