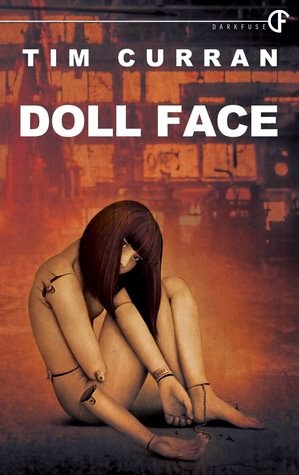 This was a real head trip but an absorbing story all the same. It built up nicely, and then smacked me in the face with a wallop of an ending. There were a couple of niggles though, one or two character seemed one dimensional and I couldn't really 'gel' with them. That being said they were minor characters so it wasn't too much of a problem. The other niggle was the author's insistence on ramming the insanity down our throats. Every five minutes it seemed we were being told that a character was on the edge of their insanity. These niggles aside it was a great book, that raced along and kept me hooked on every page.
Posted by Unknown at 10:22 No comments:

A Shrill Keening by Ronald Malfi 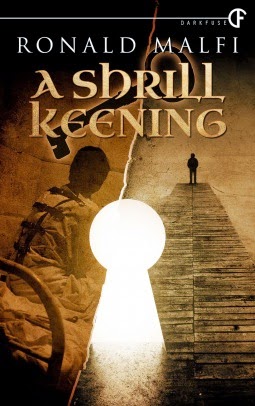 This is the story of Carl Thompson. During the day he is locked up in a psychiatric hospital for the horrific murder of his girlfriend, which he has no memory of. At night though, he patrols a stretch of beach, without knowing why. Soon however the two realities begin to converge. What is real and what isn't and what is the secret of the lizards, the silver key and the secret code?

This was a great story. It consisted of many layers that converged together at the end. It was interesting trying to work out which reality was the real one. Carl's confusion came through the page and I felt compelled to follow his path as he tried to work out what was going on. This is a novella that makes you think and question everything you have read, and that kept me guessing til the end.
Posted by Unknown at 09:40 No comments:

In the Shadows of Children by Alan Ryker 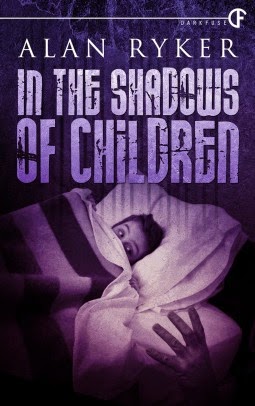 This is the story of Aaron. He lost his brother in mysterious circumstances 15 years previously. Seven years later his father died and now his mother has passed away from an accidental fall down the stairs. For the first time since he left for college and his brother disappeared he needs to confront what is hiding in his bedroom cupboard. It will take all his courage as he struggles to regain his memories....

This was totally absorbing and very very creepy. Playing expertly on our fears of the boogeyman, this novella had me looking over my shoulder and checking my cupboards were shut before I went to sleep! The pace was relentless and I had finished it almost before I realised it. My only criticism is I wish it were a bit longer, that aside, a fantastic quick read for a scare jolt.
Posted by Unknown at 12:05 No comments:

The Lazarus Contagion by Jacob Rayne 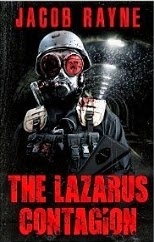 This is the story of Mark. He lives in Taunton where nothing much happens at all. That is until one day when he finds himself trapped in a shopping mall with masked gunmen indiscriminately shooting people dead. Suddenly he finds himself in a race against time to escape before he is caught or becomes one of the zombie-like super strong people that have begun to appear in town.

This was a fantastic story. Scifi fused with horror and gore dripping on almost every page, and some parts of it were genuinely scary. With aliens and zombies and one gigantic cover up, it was racy, pacy and impossible to put down. The characters shone and stepped of the page at me. Once I got into the book, I had to find out what happened next. It was a long book, but the chapters were nice and short so my attention was grabbed and held. The ending was left wide open for a sequel, and I cant wait!
Posted by Unknown at 14:52 No comments:

Masters of Blood and Bone by Craig Saunders 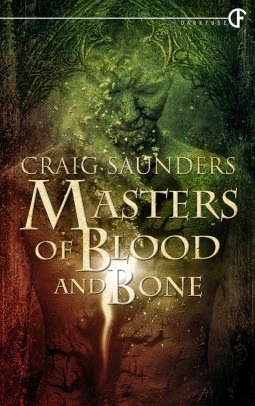 This is the story of Holland and Ank, father and daughter. Holland is an ex-detective who sees dead people, and Ank is seventeen, and, well, special! When Holland brings home a mysterious book, and Ank reads it and disappears, Holland will stop at nothing to get her back. Even if it sparks off a war between good and evil itself.

This was funny, horrific and confusing all at the same time. It read very much like a Terry Pratchett novel at times and I loved it for just that quirkiness. The pace was spot on and the characters shone off the page. Holland was just right in his eccentricities, and Ank was his stabling force, the relationship between them was fantastic. Fantasy horror is a relatively new one on me, but I'm glad I stepped in, because now I want more! 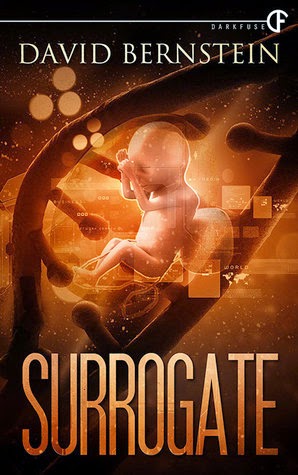 This is the story of Tom and Rebecca. Rebecca is shot one day whilst out gardening and the resulting surgery reveals cancerous ovaries. Left unable to have children, she battles with depression until her therapist offers her a solution in the form of cloning. They are blessed with a daughter, and life seems rosy. Fast forward five years and we meet Jane. Pregnant and stuck in an abusive relationship, she kills her husband and is killed herself in a car accident. Jane, however has more in common with Tom and Rebecca than they will ever know...

This captivated me from the very beginning. It started with a bang and just kept on going, the pace rocketing along. About half way through however things took a horrific and menacing twist and things ramped up a notch. I literally couldn't take my eyes of the page and read the entire novella in two sittings. Despite the small cast, they kept the story going and I believed in them. Another fine release from both David and DarkFuse.
Posted by Unknown at 09:33 No comments: