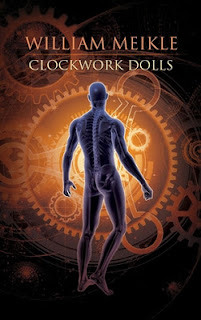 This is the story of what happens when you mess with the Cosmos. Dave doesn't believe in all that New Age mumbo jumbo - he thinks we are all mindless drones going through the motions. That is until one night when he gets exceedingly drunk at a friends party, and asks the Cosmos for a favour. Suddenly he realises he has asked for more than he bargained for and all his friends lives are at risk...

This story managed to creep me out totally, to the extent that I had to stop reading as it was night-time and I was in danger of having nightmares! It was an excellent well rounded short story, the pace was breathless and I found myself getting quite scared while reading. The whole story had that 'what if' type of feel about it. The storyline itself was an interesting one, and there is a lesson in the story too. I recommend this for a quick scary read, but not before bedtime! Darkfuse hits the mark once again!
Posted by Unknown at 10:15 No comments: 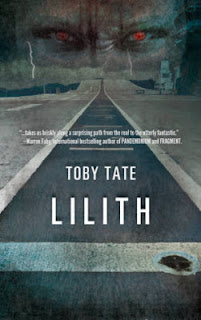 This is the story of Hunter and Lisa Singleton. They are invited upon the USS Gerald R Ford as part of a media tour. They are shown around the ship and invited to stay aboard for a few days. Unbeknownst to them someone else is aboard, someone not quite human with rather more sinister plans. Something is taking over the crew one by one. Soon Hunter, Lisa and some CIA operatives are in the fight for their lives as they learn that Manhattan, already devastated by a freak hurricane, is now under threat from a nuclear bomb hidden in a back pack somewhere on the island. Can they find the bomb in time or is all life on Manhattan island doomed?

Wow, just wow! This was an absolute roller-coaster! It started off quite slowly as characters were introduced and scenes set. Then about a third of the way through the story just took off and I felt I was running to catch up! It never wavered from the relentless pace until the end. I could quite easily see this being made into a blockbuster film - the characters were solid and believable and the story well rounded and the ending was unexpected and explosive. I totally recommend this, it was enjoyable and climactic.
Posted by Unknown at 10:07 2 comments: 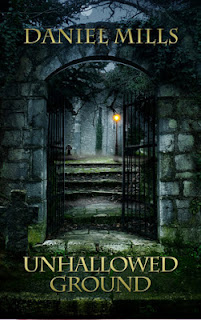 This is the story of Henry Feathering. He has accepted an invitation to stay at his Uncle's mansion, and on the way there, by a chance encounter on the train he meets the woman destined to be his wife, Clemency and her brother, Justice. They are traveling to the same town to stay with their elderly aunts. Henry falls in love with Clemency and asks her to marry him while on a walk in the grounds of his Uncles estate. His uncle leaves the estate to Henry, but entreats him not to bring his new wife to live there. Henry ignores him and they move in. Soon things begin to go very wrong for the couple, What is wrong with Clemency and how is it connected to a young woman who committed suicide there, Lily Stark?

This was a dark and brooding gothic tale, set in Victorian times. It bore more than a passing nod to the Poe stories of old, and I loved it for that as I am very fond of Edgar Allen Poe. It was quite a sad tale at it's heart, but a gripping one that kept me page turning. the characters were good and solid and the language and style of writing fitted in with the time period. This is a good novella to read curled up with a mug of tea one rainy afternoon, that will appeal to fans of gothic paranormal horror.
Posted by Unknown at 11:21 2 comments:

The Mourning House by Ronald Malfi 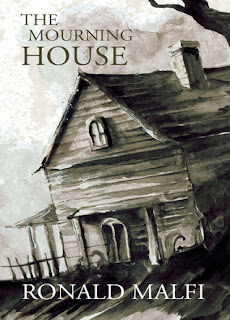 This is the story of Sam Hatch. One new years eve, he tragically loses his family in a car crash after a party at his best friends house. Devastated and bewildered he embarks on a two year drive across America until he is drawn to a ramshackle house. He buys it with the intention of living there and doing it up. That is until he gets the feeling he is not alone....


This is everything a good haunted house novella should be. It is tight, brooding, very descriptive and atmospheric. The lead character is likeable and you feel his pain and feel sorry for him and his loss, and the fact that his sanity is slipping further away the longer he stays in the house. The story has a small cast, so you know who is who at all times. The pace is pretty relentless, grabbing you at the beginning and not letting go until the end. (I read this in one sitting, it grabbed me so totally!) A great haunted house story and a fine example of the genre.
Posted by Unknown at 10:26 No comments: 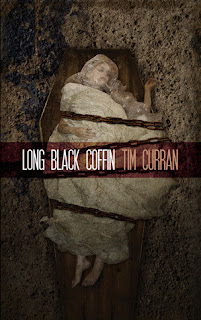 This is the story of Johnny Breede. A young man whose life isn't really going anywhere, content to goof around and get drunk and high with his best friend Kurt. That is until Kurt winds up dead, asphyxiated in his father's GTO. That same car that his father killed himself in some years previously. Now an evil has been unleashed and Johnny must piece together the mystery before anyone else dies. A mystery that will involve Kurt's family, the woods, Johnny's boss, some missing children and a malevolent entity connected with the car. Can Johnny solve the puzzle or are more people doomed to die?

This was quite creepy. It was a book that I shall be thinking about for quite some time I think. I enjoyed it very much, this being the second book I have read from this author. The characters were all well-rounded, but not really likeable in the conventional sense. The were all wasters but somehow I was invested in finding out more about them. The paranormal aspect of the story was introduced and handled well. Be warned though, some scenes are quite graphic, both gorily and sexually. Not for the faint hearted! If I have one gripe though, it is the car. Supposedly the focal point of the story, I would have liked more back story to it. This is another fine offering from DarkFuse, and I recommend it for a creepy, stay-with-you ghost story.
Posted by Unknown at 12:48 No comments:

An Actors Life by Duncan Whitehead

This is the story of Terry Sparkes. A failed actor, he is reduced to catching glimpses of his hero, Sir Michael Brookes on TV. Tonight he is watching him at the Oscars, hoping he will win the double of best supporting actor, and best actor...

Right off the bat I will admit I find short stories really hard to review, its so difficult to give a quick synopsis without giving away the entire story! That being said, on with the review. This was a lovely quirky little tale. It made a passing nod to Duncan's full length novel, 'The Gordonston Ladies Dog Walking Club', which I have also read and enjoyed. This story had the same offbeat, slightly flawed characters, and the same vein of dark humour running through it. I would recommend this as an excellent introduction to Duncan's work. A nice, light easy read over a cup of coffee.
Posted by Unknown at 10:06 No comments:

The Lost Son by Matt Shaw 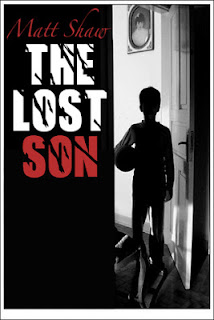 This is the story of Jason and Emily. they move into a new house with their dog Roald. They haven't been there long before strange things start happening in the house and they have the feeling they aren't alone. The house used to be occupied by Aimee and Ian. They moved out after a tragedy befell the family. What is happening in the house and can Jason get to the bottom of the mystery before anymore sadness occurs?

This is something of a different subject matter for Matt to write about. Normally his books are full on, in your face, gory serial killer thrillers. This was a journey into the world of the supernatural. It was well written and I was sniffling quite loudly by the end. The characters were solid, and as this was longer than Matts usual style, they had more of a chance to develop. The pace was blistering and I spent two nights glued to my Kindle not daring to stop lest I miss anything! I thoroughly enjoyed this and recommend it to Matt fans and new readers alike.
Posted by Unknown at 09:49 No comments: 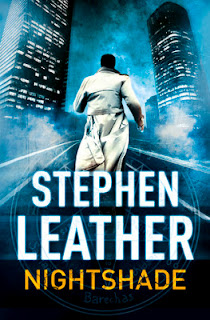 This is the fourth in the Jack Nightingale series of book. This time Jack is investigating the murder of 8 children in a school, for the shooters brother. Alongside of this is the kidnap of a nine year old girl. She was rescued and brought back from deaths door by paramedics. Now anyone who has had any contact with her is dying a truly horrific death. Jack's investigations will take him into the realms of the supernatural and the occult. The further he digs, the more people he is upsetting and soon he finds his life in danger. Can Jack solve both mysteries before anyone else dies?

This is the second Jack Nightingale book I have read and it is safe to say I am hooked! The balance between mystery and supernatural is just right and keeps the reader interested. The pace is fast and although it is quite a long book, the story never flags and kept me page turning until the end. There were two distinct story lines at first but both converged towards the end and everything began to make sense. Jack was again excellent as the slightly battered Private Investigator, who travels the length and breadth of the UK to try and solve the mysteries. I recommend this to readers who have read others in the series but also if you are new. This works well as a standalone or as part of the series.
Posted by Unknown at 10:51 2 comments: