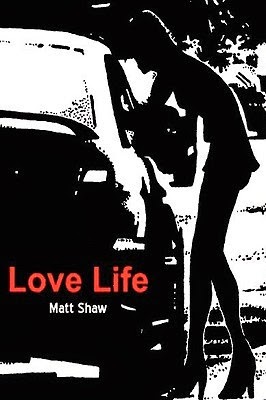 This is the story of Kim & Kirk. Kim is a prostitute and Kirk a potential client looking for companionship. Kim goes to his house, but it doesn't end well and she ends up running off. Later on that night she is severely beaten and she rings Kirk for help. He picks her up from the hospital and they spend the rest of the night sharing secrets and they find they have more in common than they at first thought...

This was a quick read and typical of Matts style. I got invested in the characters and inside their heads. I felt for Kim (my namesake!) and the situation she has allowed herself to get involved in due to her circumstances. Kirk seemed like a gentle guy who only wanted to help. Then came the mother of all twists that totally derailed me. Well done Matt, you got me again. I understand this is to be a prequel of sorts to an as yet unreleased work. I am looking forward to its release eagerly if this is anything to go by!
Posted by Unknown at 14:03 No comments: 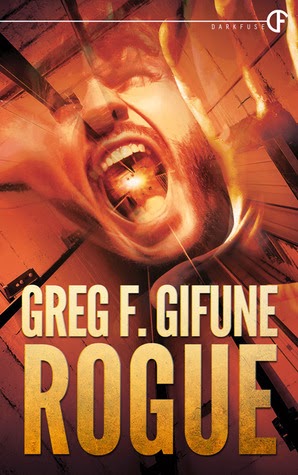 This is the story of Cam Horne. He has the perfect job & the perfect wife. In short, his life is everything he could hope for. Something is going wrong though and his perfect life is unravelling at the seams. He is awoken by a car alarm every morning and see a strange man in his back yard. After being put on paid sick leave due to uncharacteristic behaviour and having terrible nightmares he fears he may be going insane and his perfect world may be collapsing around him....

This was a really good dark, horror. Greg has this ability to draw you in from the beginning and invest in the characters before taking you on a wild ride. I really got inside Cam's head and felt his fears and worries. When I got to the end there was a totally unexpected twist that knocked me sideways. I love Greg's writing and will continue to look out for his work.
Posted by Unknown at 12:52 No comments:

When we Fall by Peter Giglio 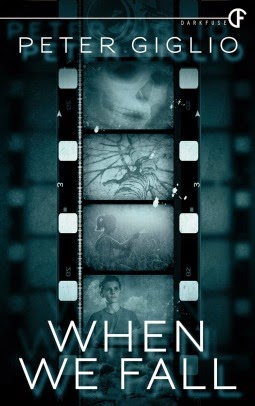 This is the story of Ben. He has lost his best friend and worst enemy in quick succession and is at his lowest ebb. All that is keeping him going is his filmmaking and his burgeoning friendship with a neighbour, Aubrey. When he picks up his latest film from the developers, he suddenly starts seeing strange visions and has terrible nightmares.What is going on, and how can he stop it?

This is the second novella I have read by this author and I enjoyed both very much. This is more dark than horrific and comes across as a coming of age/paranormal sort of story. The pace was consistent and the characters sound. It started off quite light and then we were taken down a very dark tunnel until the end when all the pieces fell into place. I enjoyed this so much I read it in one sitting. I hope that there is more to come from this author from DarkFuse as I am loving his style!
Posted by Unknown at 12:56 No comments:

A House in the Country by Matt Shaw 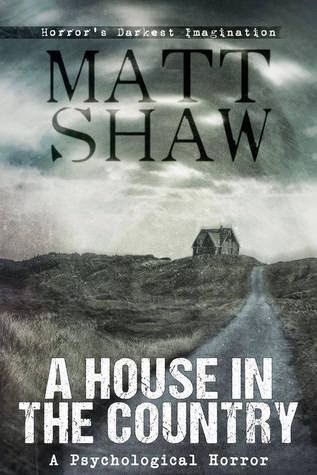 This is the story of Jess and Dean and their two children - Sophie and Caroline. They move into their dream house in the country that harbours a deep secret - the previous owners wife committed suicide in the spare room. From the first day strange things begins happening, strange smells, things moved around. Does the ghost of the wife still reside there or is the truth far more sinister?

I read this in one sitting, it was that good, but it was also a quick read with a plot that took you quickly. I was drawn in straight away and identified with the family. Featuring a small cast, the story was tight, chilling and utterly creepy. From the first page you are grabbed and as is Matts style, you care for the characters until the ultimately shocking twist at the end. In truth I would have liked this longer but that didn't detract from the quality of this excellent novella.
Posted by Unknown at 13:01 No comments: 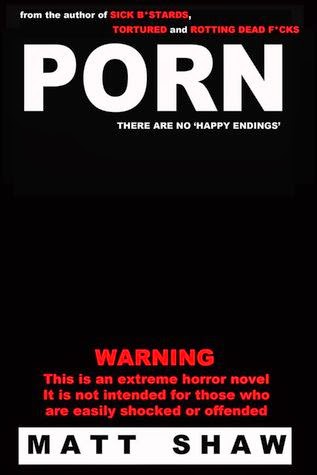 This is the story of Victoria. All she wants is to be taken seriously as an actress. in desperation she falls into the adult movie business and soon begins making a name for herself. Lured by the promise of large amounts of money, she takes on a job that has far darker connotations than she could ever have imagined. Suddenly she finds herself fighting for her life, and on finally escaping has only revenge on her mind for the ones who hurt her....

This is an outstanding novel from Matt. It is gut wrenching, uncompromising and not for the faint hearted. You are drawn into Victorias world from the beginning and see every horror through her eyes. This is a very descriptive book and as is typical of Matt, there are many twists until the end, which is almost guaranteed not be 'happy ever after'. Every time I read a new book of Matt's I think 'Yes, this is my favourite, it's the best yet' and this one is no exception! 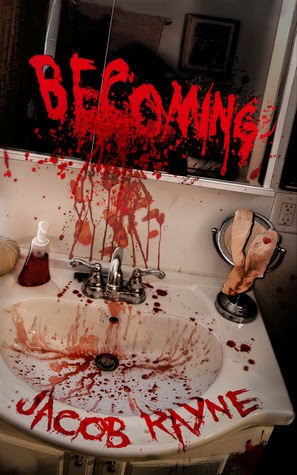 This is the story of Luke. His family were murdered by a psychopathic clown when he was a small child. He went to live with a friend and his life settled down until a devastating event shaped the rest of life when he was sixteen. Things for Luke will never be the same again....

This is another belter from Jacob. We were plunged into the action from the getgo and it did not let up until the final explosive page. Jacobs wonderfully descriptive writing leaves you breathless and wanting more. The story was a good one, with many twists and turns along the way. Some of the methods of killing were very inventive, and decidedly gory! The ending was unexpected and Jacob took us on a couple of wrong turns on the way there. I totally recommend this for fans of Jacob and of dark horror alike. 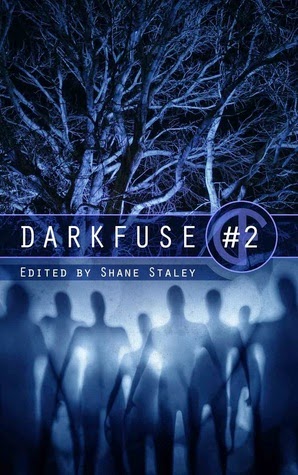 This is the second in Darkfuse's anthology series. Once again it features six stories by six different authors.

I love anthologies. They are so easy to dip in and out of without investing too much time in one go. That being said it is rare too fins an anthology where every story is a winner, or near winner. This one is that exception. I enjoyed every story in this anthology, but the last one by Tim Curran was by far the best. Tim's story was also slightly longer than the rest. It built up slowly and then power housed through to the end. it was written in the style I have come to expect from Tim. All in all, this second anthology stoop up well to the first and is an excellent read.
Posted by Unknown at 12:23 No comments:

I am the New God by Nicole Cushing 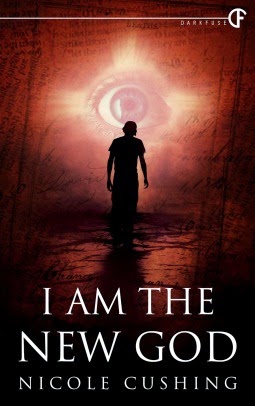 This is the story of Greg Bryce. A disgraced priest has been writing to him, believing him to be a new God. At first Greg dismisses the idea and ignores him, but as he continues to write, Greg begins to come around to the idea. This sends his life into a catastrophic spiral that he has no control over, and no way back from.

I enjoyed this so much. It was a very different, quirky idea that read really easily. Greg's back story was interesting, and I liked the way we were given little snippets along the way, almost as teasers to the main events. Told predominantly in the two voices of Greg and the hierophant, everything raced along until the catastrophic finale, and the best twist in a book I have read for ages. This is the second book of Nicole's I have read, and I really enjoy her style. I recommend this as a quick, unusual read that may just leave you breathless at the end.
Posted by Unknown at 10:14 No comments: 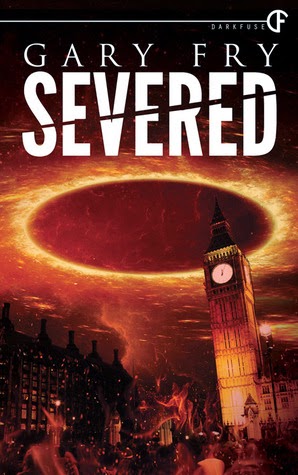 This is the story of the City of London. It is in the grip of an infection similar to the zombie virus. The infection causes the soul to split (or sever) away from the body and what is left is a shell with no inhibitions or conscience. It is up to academic Stephen Hobbs to save the day, that is if they can keep him sober long enough!

This is a zombie story, but SO far removed from any I have read previously. It makes a change that the genre has been turned on its head and fresh ideas have been introduced. The story rocketed along and kept me in its grip until the end. I liked the fact that the hero was flawed and not a conventional superhero type. I enjoyed his epiphany at the end, it was subtly played out. With a brilliant ending, this was another belter both from Gary and from DarkFuse.
Posted by Unknown at 18:37 No comments:

The Cutting by James Hayman 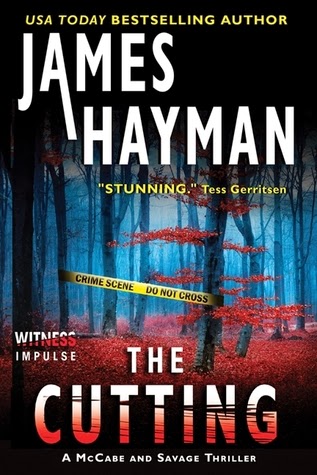 This is the story of Mike McCabe. He is a single father and detective in the Portland (Maine) Police Department. A woman has been discovered with her heart cut out and another is missing. There is also a case in Florida that mirrors the case in Maine. It is up to McCabe, and his partner Maggie Savage to find out who the murderer is and why they are taking hearts in particular.

I read this as part of the Summer of Chills and Thrills read along led by WitnessImpulse.  I really enjoyed this, it was a taut well-paced thriller. I was glued to the page and there were a few twists and turns until I got to the final page. I loved the fact that the main character was a single dad, it meant nothing would be straightforward for him as he juggles home and work life. The twists and turns along the way were clever and kept me guessing. A good all round thriller that has me reaching for Book 2.