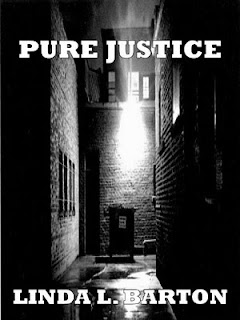 This is the story of an Vietnam vet, bent on revenge for the brutal murder of his friends, turns vigilante. He then devotes his life to ridding the streets of 'scum'. On the flip side is the cop who is trying to catch him, who has also known great sadness in his life.

This was a very thought provoking book. It deals with the subject of an eye for an eye. Does Doug the cop turn in Ted the vigilante even though he is essentially doing his job for him and clearing the streets of rapists, thieves etc? Having known terrible sadness in his own life he is torn between doing his job and giving in to his real feelings. This was a great paced novel, with a good theme. It is not for the faint-hearted however as some of the scenes are pretty graphic. The characters were solid and I understood and agreed with their feelings and the motives behind their actions.

Having read this authors previous novel, I felt this was much better. It is not easy to deal with such an emotive subject and do it justice (pardon the pun!) but this author has achieved that and then some!
Posted by Unknown at 08:05