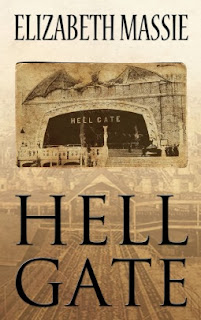 This is the story of Suzanne, born with the ability to 'see' things about others, she is sent to school far away by her God-fearing mother. Many years later and she has made a new life for herself on Coney Island. She is asked to help solve some particularly gruesome murders by the local police Inspector, having helped his daughter previously. This will set off a chain of events that will lead to a confrontation she could only have imagined in her nightmares.

The first half of this went quite slowly as we established characters and settings in flashback. Once that was out of the way, the story rocketed to its conclusion. The characters were solid, and I believed in Suzanne. The confrontation at the end was quite shocking for me as I had been led down a few different paths before the culprit was revealed. I enjoyed that aspect of the story, I like to be kept guessing, not have things handed to me on a plate. I enjoyed this immensely and hope the author writes more.
Posted by Unknown at 11:05