A Beautiful Madness by Lee Thompson 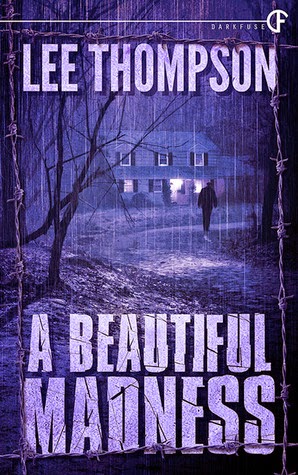 This is the story of a family racked with tragedy. Eddie Woods is an ex-governor who has fallen into disgrace after bashing his wife's head in with an iron pipe after having a breakdown. Now a Senators son has been murdered on Eddie's lawn and he is suspected of being involved. It is up to his drug dealing son to oppose the police and get to the bottom of things himself, and how his druggie sister fits in to the jigsaw.

I sat down to read this and I read a quarter of it and thought 'OK I will read some more tomorrow.' I did and ended up reading the rest of the book last night. I was caught up in the lives of the Woods, and all their flaws and I had to get to the bottom of how and why. There were many threads to the story and it was totally narrated by the son, Sammy. this was an interesting approach as he narrated bits that he couldn't have been present for! There was quite a twist about half way through that knocked me sideways and changed how I viewed the book after that. This was a fantastic mystery that had me gripped.
Posted by Unknown at 10:44